Charleston, South Carolina native, David Griffin (39) was the driver of the first engine to respond to the disastrous 2007 Sofa Super Store fire that claimed the lives of nine of his fellow firefighters. Plagued with survivor’s guilt, he numbed himself with alcohol, painkillers, and blood sports so much so that it nearly cost him his life.

A turning point came in the days following a match with nationally ranked mixed-martial arts contender Houston “The Assassin” Alexander. For three days, he sat in darkness, his eyes swelled shut from the battering to his face. He asked himself how his lifestyle honored the nine who were dead.

“One can only sit around for so long and feel sorry for themselves until they have to get up and do something,” Griffin said.

Now, Griffin has completed a Doctorate of Education in organizational leadership and development, training organizations across the globe on the importance of moving away from "the way we've always done it" mentality. He speaks about the Sofa Super Store fire and has helped with massive reforms in how firefighters are trained as well as how executives lead their teams. Griffin has dedicated his life to spreading the message of change to all types of organizations including for-profit, non-profit, and public service.

As a child, Griffin was a puny kid who wasn’t taken seriously. He took up baseball and was told he would never get off the bench. With characteristic defiance and discipline, he trained hard, earned a scholarship to The Citadel, where he played baseball for four years. He graduated with a Bachelor of Science in education. He went on to play minor league baseball for two seasons in the Frontier League, where he was awarded the Fran Riordan Leadership Award for his community service. He returned to The Citadel following this to coach baseball.

In 2005, Griffin joined the fire service in South Carolina, attaining his Master of Science in executive fire service leadership in 2008 and his Doctorate of Education in organizational leadership and development in 2013. He has come through the ranks in Operations and has been a Firefighter, Assistant Engineer, Engineer, Acting Captain, Captain, Acting Battalion Chief, Battalion Chief, Interim Shift Commander, and Deputy Director of Training. He is currently a Battalion Chief / Shift Commander in Operations, Honor Guard Commander, and Mental Health Peer Support Team member in Charleston, South Carolina.

Griffin is a graduate of the Executive Fire Officer Program (EFO) from the National Fire Academy, is a certified Chief Fire Officer (CFO) and Chief Training Officer (CTO) through the Center for Public Safety Excellence (CPSE), and a member of the Institution of Fire Engineers (MIFireE).  He was accepted to Harvard University's Kennedy School of Executive Education to complete the Senior Executives in State and Local Government Program in July of 2021.

He continued his athletic pursuits by competing in bodybuilding events, where he was crowned state champion in 2006. He then went on to fight professionally in mixed martial arts and finished his career with a match against UFC fighter Houston Alexander. After MMA, Griffin competed in marathons and Ironman Triathlons. He was a rider in the Brotherhood Bicycle Ride that stretched more than 1,700 miles from Naples, Florida to Ground Zero in honor of the 10-year anniversary of 9/11. Today, Griffin focuses his exercise on CrossFit, yoga, wake boarding, paddle boarding, and surfing.

​On April 25, 2013, The Find Your Mission Tour kicked off. During 2013, 2014, 2015, 2016, 2017, 2018, and 2019 the tour has made stops in 44 states in the United States, plus Canada and Mexico at over 500 organizations in three different languages, with more than 3100 presentations given to 67,000 plus attendees. The tour includes fire service organizations, police departments, military installations, universities, conferences, private industry organizations, law firms, business corporations, manufacturers, as well as charity events. Please see The Find Your Mission Tour page for more details and to schedule a tour stop in 2020, 2021, 2022, or 2023.

Griffin has written four books and is an Amazon Best-Selling author. Books include:

In Honor of The Charleston 9:  A Study of Change Following Tragedy

From PTSD to PTG:  A Firefighter's (MY) Journey After a Multiple LODD Incident.

Tattoos and Trauma:  The Healing Power of Tattoos for Emergency Responders

His wife, Melissa, has also published her first book describing the struggles of a spouse dealing with an emergency responder with PTSD and how she was able to help David recover.  Her book is entitled, Inspiration from a Wife On A Mission Following Tragedy.

David and Melissa have one puppy daughter, a Great Dane named LuLu, age 8.

Other puppy daughters that have gone to heaven include Great Dane ZeeLee, age 10, and Great Dane Bella, age 2. 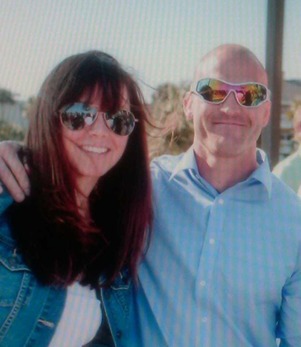 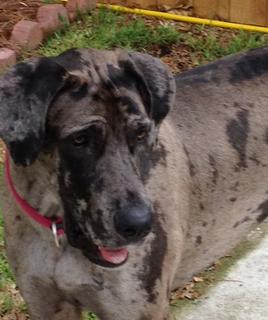 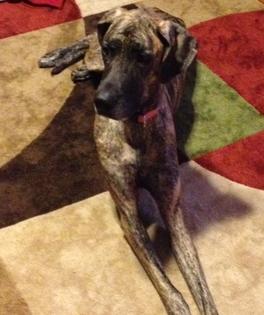 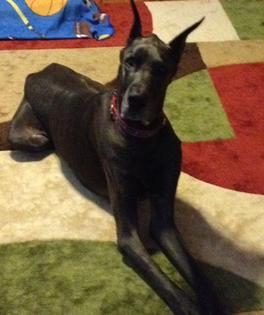